In this article, we have gathered Big Bang Theory Science information. We have written about how the earth came into existence. 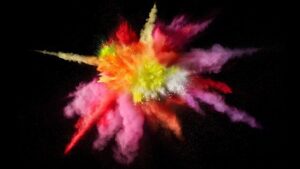 What is Big Bang Theory Science

The word bang gives the meaning of explosion. Big bang means big explosion. That according to science was the cause of the existence of the universe. According to the study of science, this universe is named as an “only existence”. It means singularity was considered to be 13.7 billion years old. Scientists estimated its age by looking at the distance among the heavenly bodies. The increment in their distance was what was that “only existence”. And how it came into being, scientists are also not sure about it. When we think about it our mind goes towards thinking about the black holes. Their gravitational force is so strong that it can cause anything to become extinct. Scientists think that before coming to the present condition, it was a limitless body.

Where does it come from, why, and how did it comes? We have limited information about it. But when it formed, it was due to its vast spreading. Although many people think that scientists disagree with it. Said that this universe was a ball of gases in the beginning and there took place a sudden explosion due to any chemical reaction and it was divided into infinitely small pieces. Some of them were extremely hot and after a very long time, a few with moderate temperature came in front of us. According to science the effects of that explosion are still present. Due to this universe is still spreading. When in fact many galaxies consisting hundred billion stars are also part of this universe that was produced as the result of the big bang, whose actual reasons are still to be found.

Some Assumptions in The Big Bang Theory Science

To some people, the universe was a ball of fire in the beginning and the reason for the existence of space was also that explosion. If we go to the 20th century in the ’60s and 70’s when humans first put their feet on the moon. He tried to measure time using the theory of relativity. In 1970 “measurement of time and space” was the headline of newspapers according to which matter and energy were formed by time. This theory rejected the big bang theory.

The universe is huge than even our imagination. There are galaxies, uncountable unknown suns, and planets. A small part of this universe is our planet earth which carries many lives in it. The big bang is an explosion that resulted in the formation of our planet. According to this theory, before anything was created, all matter equal to 1/1000 of a needle was enclosed in a minute space. If the matter has an extreme level of energy then gravitation instead of attracting things starts to repel. And it becomes a repelling force. Therefore according to science, it was the starting point of the big bang when all matter after the explosion started to get away rapidly from each other. At that time due to its high speed, it started to spread in space very quickly.

Now 13.7 billion years have passed after the big bang. Many of you will think that how is it possible to measure the age of the universe. Which measuring instruments are used to measure the age of the universe. Well, this was answered by the habal kalai telescope. From the pictures taken by this telescope, the oldest galaxy we have seen is 13.4 billion light-years away from earth. Now you would be thinking what is a light-year? It is not the measure of time but it is used to measure distance. 1 light-year is equal to 10 trillion km. Light travels this distance in one year.

You can imagine, if one light-year is 10 trillion km then 13.7 billion light-years will be equal to how many km. If we could measure the distance of light coming from a distant star or a galaxy then we can discover the oldest galaxy and star. The oldest galaxy that we have discovered so far is somewhat 13.4 billion light-years away from us. That’s why we can say that universe is also approximately equal years old. Before 13.7 years there were no suns, stars and galaxies. But, instead, there were huge clouds of hydrogen and helium in the space that were formed due to the big bang.

The clouds that with a larger amount of these gases started to shrink. As a result, these clouds changed into hot bodies that are now called stars. Around the stars, the clouds that had less amount of hydrogen and helium also started to shrink and formed hot bodies. The size of these bodies was less than the stars. These bodies are called planets. The gravitational force of stars made the planets to revolve around them in an orbit. These planets formed clusters that we call galaxies. The galaxy in which our planet earth and sun is present is called Milky Way galaxy. Because many of its stars look white and it seems like a path of milk.