We are going to share the genomics complete basic study for beginners. All of the basics and important stuff will be shared to let you clearly understand it. 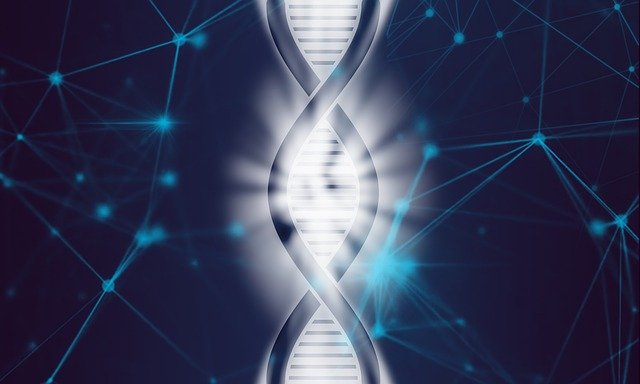 Genomics refers to the total number of the hereditary information of an organism that is encoded in the DNA.
All this study is based on intergenic phenomena i.e. epistasis, heterosis, and pleiotropy.
Epistasis _ The interaction of genes in which one such gene is affected by another and gets suppressed.
Heterosis _ Also known as hybrid vigor. The increase in characteristics such as size, fertility, growth rate, and hybrid organism over those of its parents.
Pleiotropy _ A gene that exhibits distinct characteristics and phenotypic expression.
There is a common question that can come to arise how many genes are there in a genome?
(You may find the answer given below in Genome Project)
We can have the same question at four levels i.e.
– Genome
– Transcriptome
– Protein
– Proteins
Analysis of genomics can be done using mapping and sequencing.

There are several methods to describe the position of genes to make sure how far the genes are located from one another.
Mapping can be done by Linkage, Restriction cleavage, and DNA sequence

It is constructed by cleaving DNA into different fragments. Then measure the distances among different sites of cleavages. Large changes can not be determined because it affects the length or number of restriction fragments. Hence, point mutation is difficult to identify.

There are four basic chemical building blocks in the order called bases that make up the DNA molecule.
Read more: What is Genomics

WHY DO WE NEED TO STUDY WHAT IS GENOME

It contains widespread genes that provide information to make proteins. Thus, it is crucial and essential for the expression of characters. E.g.
Gene —– Protein —– Character
Characters refer to how an organism looks, its physiology, behavior, and even its fight against infection.

What Is The Difference Between Genomics and Genetics

GENOMIC _ Genomics is being studied on a large scale to examine the entire genes located in the genome.
GENETICS_ Genetics is based on detecting and study on a single gene at a time.

WHAT IS THE HISTORY OF GENOMICS

It appeared in the 1980s and took off in the 1990s with the genome project initiation for certain biological species.
The very important tools are microarray and bioinformatics.
So, the use of computers in molecular biology laboratories was the key factor in the development of genomics. A large amount of data, the interpretation, and the need to combine give rise to bioinformatics.

There are different techniques to determine the nucleic acid sequence i.e. adenine, guanine, cytosine, and thymine. To determine its order in the DNA and the position where it is located. Gene sequencing can serve farmers and producers by increasing yield by improving crops and livestock breeding. It also serves genetic modification, improvement, and development of agriculture practices.

It was an international scientific research project about determining the base pairs that make up human DNA. It is to identify and map the entire genes in the genome from both a physical and functional standpoint.
However, the project estimated that a human genome has genes between 20,000 – 25,000. Although, there are some contradictions where some scientists claim it is between 20,000 – 30,000.