In this tutorial, we are going to share some information regarding molecular genetics in animal products. Some important and basic stuff will be shared. 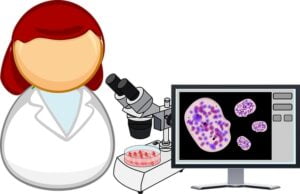 When it comes to the economic benefits of molecular technologies in animal products the Indian livestock sector plays an important role in the economic point of view as participates in almost around 28% & 5% of the domestic and agricultural products. Thus, the economy of India is growing so fast as there world’s largest bovine population with cattle of 199 million is approximately 14.7% of the world’s total cattle population. They are the largest milk producers with around 121.8 billion kg was estimated in 2010-11 in which cattle had contributed 45% of the overall production becomes 54.9 billion kg. However, the total production of India’s cows is less than as compared to that of the developed countries. But, it has been studied that modern reproductive technologies and advanced statistical methods and approaches made it possible to escalate the desirable selections.

A genetic marker is a term for visible phenotype or the assessment of known variability. Different markers have been classified into different groups. Biochemical markers are based on the gene product while molecular markers specify DNA variation among individuals. The variations could be insertion, deletion, duplication, translocation, and point mutation. Each of them is detectable because of their known characteristic biological properties and also measurable in the blood, tissue, or any other body at any stage.

Biochemical markers have been used widely in animal identification with high genetic merit for economic traits in cattle. Polymorphic information can be carried by such markers. They are sex and age-dependent as well. Today, these markers are being identified on vast genes of economic importance and are broadly accepted too. Some analysis shows that round about 344 quantitative trait loci are linked to milk treats while 71 are concerned with mastitis-like traits. Milk production trait and DNA polymorphism in the combination has been studied for so many genes such as prolactin, diacylglycerol, leptin, acyltransferase, and bovine leukocytic antigen, growth hormone receptor gene, and so many others. All of these proteins show some variability at the DNA level but the allele has specific effects that are dependent on the experimental model and genetic background. Many of them such as β-casein and κ-casein have been proven to assess the quality of milk, also dairy cattle lactation, and advantage in the economy.

Low heritability of reproductive traits and sex limitedness make phenotypic selection difficult. Also, selection decision-making happens in animal life early at the molecular level which reduces the selection program cost. Mapping and identifying genes which are involved in reproductive traits regulation are of considerable interest to elucidate its polymorphic pattern and expression. Some genes which are playing an important role in reproduction have been found to include:

Bovine follicle-stimulating hormone receptor, bovine progesterone receptor, growth differentiation factor, etc. the maximum number of ova produced by these genes and also transferable embryos in superovulation. Thus, all of these genes can be used as potential markers for the super response of ovulation.

To acquire a high rate of conception, male fertility has too much importance. Researchers reported that the early pregnancy may get failed due to failure of fertilization or could be a possible case of failing the embryogenesis. Molecular markers in different genes are important for observing the quality of semen. Recently it has been observed that the Y-specific microsatellite biomarkers are also for some of the quality of semen traits.

Some Other Molecular Genetics in Animal Products

Molecular Markers in Other Genetic Traits

The wild progenitors of domestic cattle can be identified using the detection of polymorphism in mitochondria DNA markers helps in characteristic the wild progenitors of domestic oxen thereby facilitating the method of creating a geographic pattern of genetic diversity. In beef production, the myostatin cistron is a vital candidate cistron related to the growth and body composition of oxen. It considerably affects economic traits like hot body weight, fat depth, and edible fat. Aside from myostatin, bovine calpastatin, μ-calpain, and thyroglobulin cistron polymorphisms area unit|are} according to be related to meat tenderness traits and are sensible manufacturers for beef production. Also, growth differentiation factor 10 and gonadotrophic hormone receptor genes have potential effects on body activity traits and have an effect on growth traits in oxen. Molecular marker studies on the draft ability of assorted breeds are restricted in the Republic of India and abroad. Molecular investigation of the glutathione peroxidase-1 cistron in Malvi and Nimari oxen for draft capability is administered and is found to have important results on the draft ability of animals.

Identifying sickness carriers in bovines is incredibly vital particularly within the era of insemination wherever the possibility of perpetuating the sickness from the carrier bull to the progenies is high. RFLP is taken into account the tactic of selection for the identification of bovine sickness carriers. It’s been used for the identification of carriers for bovine leukocyte adhesion deficiency, deficiency of uridine monophosphate synthase, advanced bone malformation, bovine citrullinemia, and factor XI deficiency, which have a big economic impact on milcher breeding worldwide. Another side of cow’s analysis is cum identification and verification that is completed mistreatment microsatellite markers and thereby avoids incorrect parentage.

We have shared the molecular genetics study that is being used in animal products. Let me know if you want some more information related to this.