Prime Minister IMRAN KHAN said in his recent press conference; we would inform the nation about all of the aspects. Such as; what the government is doing in this critical situation, what the government expects from the civilians, what is the reason behind taking any single step, and what’s happening around the world regarding COVID-19 to let you inform and be in touch with us. 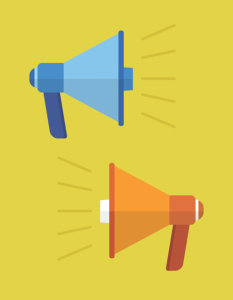 As this horrible situation has been developed (COVID-19), all over the world a kind of fear turned to arise. Thus, no country knew that it would turn to arise to take an initiative step as a rescue.

First of all, I would like to congratulate my nation and thank Almighty ALLAH. Our National Command Operator Center (NCOC), where all of the administrations in Pakistan which are linked to corona and the health department are involved. They analyze the overall data of Pakistan by consulting with doctors. i.e; how many cases are developed, hospital pressure, relating recent corona projection with the previous one. However, every day it’s being undertaken consecutively to overcome the inevitable.

First, we assumed that over 50,000 cases would arise in Pakistan. Although after calculation, almost 12,000-15,000 positive cases have been identified. It means now we can easily facilitate our patients with Ventilators and Oxygen. So, we wouldn’t have such a problem this month the way we have facilities in plenty of amounts.

PM IMRAN KHAN said, ”As cases are varying all over in the world”. Somewhere it becomes low down while in some areas it increases with time. The problem we can face could be from the 15th of May to the 25th of May.

We are in touch with different administrations worldwide about ventilators and necessary things are required. Prime Minister IMRAN KHAN said I would love to aware you to take care to shift it even farther away. We are lucky because if we compare PAKISTAN with other countries, we are more secure.

PM IMRAN KHAN further said we had a first positive case determined on the 26th of Feb. We decided to take a step of lockdown on 13 march after 26 cases have been identified. We are almost successful in every step we had taken. It screened 8 lacs people at the Airport.

Now, we decided to open some sectors gradually. first of all, we are looking for opening the construction sector. There are several countries including PAK, IND, BANG, PHL, and SA, which are much distinct from the western countries. PM IMRAN KHAN said, before taking any step I strongly take care of those who are suffering below the poverty. Opening the construction sector is very important especially in this condition to give relief to the folks.

PM IMRAN KHAN SAID, every province has the authority to take action. But, it is prohibited to take action without keeping poor and low-middle-class people into consideration. Mr. PM said I’ve been in Europe. Therefore, I know very well that there are 98% of people are registered even if it could be 100%. Nowadays, the unemployed who live in Europe are getting directly funds from the government due to unemployment benefits. On the other hand, we have no record of 75% of patients. This is the reason government is helpless for such people.

PM IMRAN KHAN said we started the EHSAAS program which is the biggest program ever in Pakistan history. 12 thousand are being given to 12 million families. It didn’t happen in Pakistan before. Still, it is noticeable despite this program there are a bunch of families that survive in poverty. All of them can come out of their home when they will have no other option to do. If it happens, then there is no benefit of lockdown that has been started to move away from people from one another. Thus, inevitable can happen.

Prime Minister IMRAN KHAN said we have seen on social media that people who violate the government laws or the lockdown are being beaten by the police department. My message to the Police department is not to treat people with a baton but to treat them affectionately. Because this is not the way to stop people from doing anything they want. The only way is to tell them what they have to do in this critical situation. I know, the Police department is under the pressure to maintain the lockdown. But, as I suggested before that it couldn’t be maintained by the baton. Our civilians should know by themselves that they have the responsibility to cooperate. Because all of these strategies are just for them to secure them. It has been seen in most of the countries IND, BAN, PHP, SA, etc that baton doesn’t work in lockdown.

After talking about every important aspect of COVID-19. PM IMRAN KHAN said we know all of us to want to worship in mosques. Dr. Arif Alvi has done a meeting with Islamic Scholars. Several precautions were given to the Islamic scholars. Which includes how people can come out of their homes to mosques with safety precautions.

People should take some precautions i.e. keep social distance from one another, safety measures should be taken carefully, etc. All of us should conduct the rules and regulations, especially at this stage. Because it’s a very sensitive and critical condition in which a little mistake can turn into a blunder.

The main problem is that people will try hoarding to make money the same as people try to earn money before Ramadan. We had seen a crisis of flour and sugar last time due to the same act people had done. This time it is strictly prohibited government will take action against the hoarders. Those who try to do it will be seized and under custody. The same act will be followed against the smugglers.

Conclusion of Prime Minister Imran Khan’s Message To The Nation

In this tutorial, we have shared the recent speech done by the prime minister Imran khan. He encouraged the nation not to get afraid of the situation happening around us. He also said that the government will let you inform about new updates.

2 thoughts on “Prime Minister Imran Khan Message To The Nation”