Qau Mphil Microbiology Aptitude Test result – Quaid-e-Azam University is one of the leading institutions in Pakistan where everyone wants to get an education to make the best career. Qau had announced the aptitude test which was held on 9-2-2022. People from different areas appeared in this test.

The Quaid-i-Azam University was established as the University of Islamabad under an Act of the National Assembly passed in July 1967. It started teaching and research programs for Bachelor’s, Master’s, and Doctorate degrees. Later on, it also started to teach MSC degree programs for graduates from all regions of the country which is based on regional quota.

People around 195-200 appeared on the test where 82 passed and were nominated for the interview. The result was displayed on the notice board at the Quaid-i-Azam University. The Microbiology discipline was categorized into three different sections comprised Medical, Applied/Industrial, and Environmental. Those who passed the entrance test with their desired field were advised to be interviewed in selected rooms on the same day.

The aptitude test result was displayed on the notice board at around 1-1:30 P.M. Here is the candidate’s list displaying who passed the entrance test and was promoted for the interview. 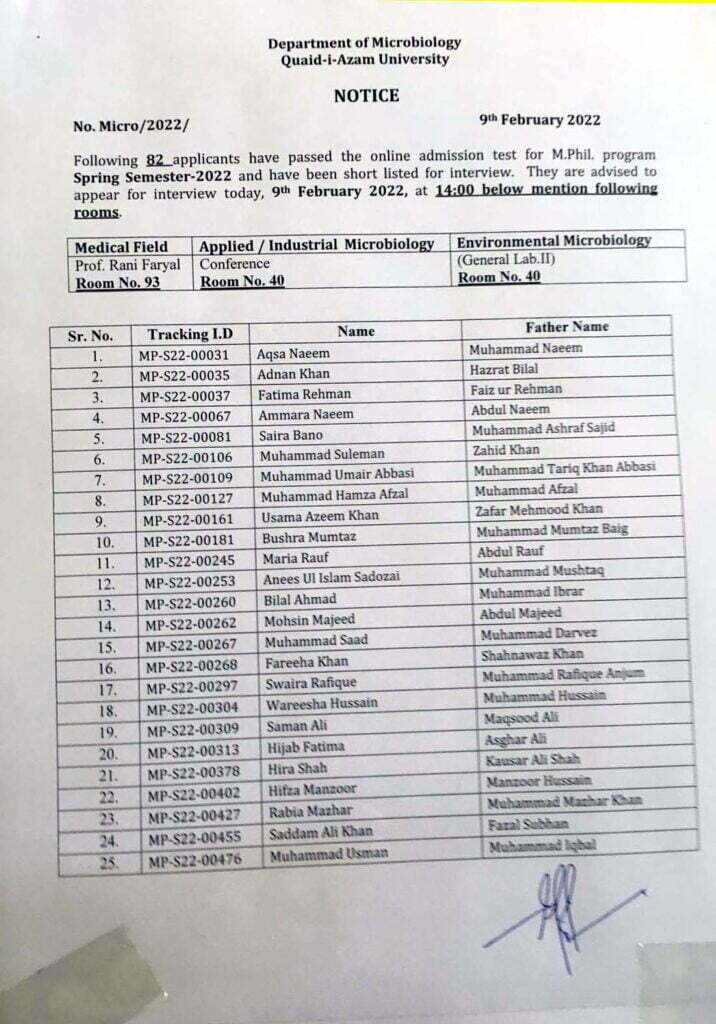 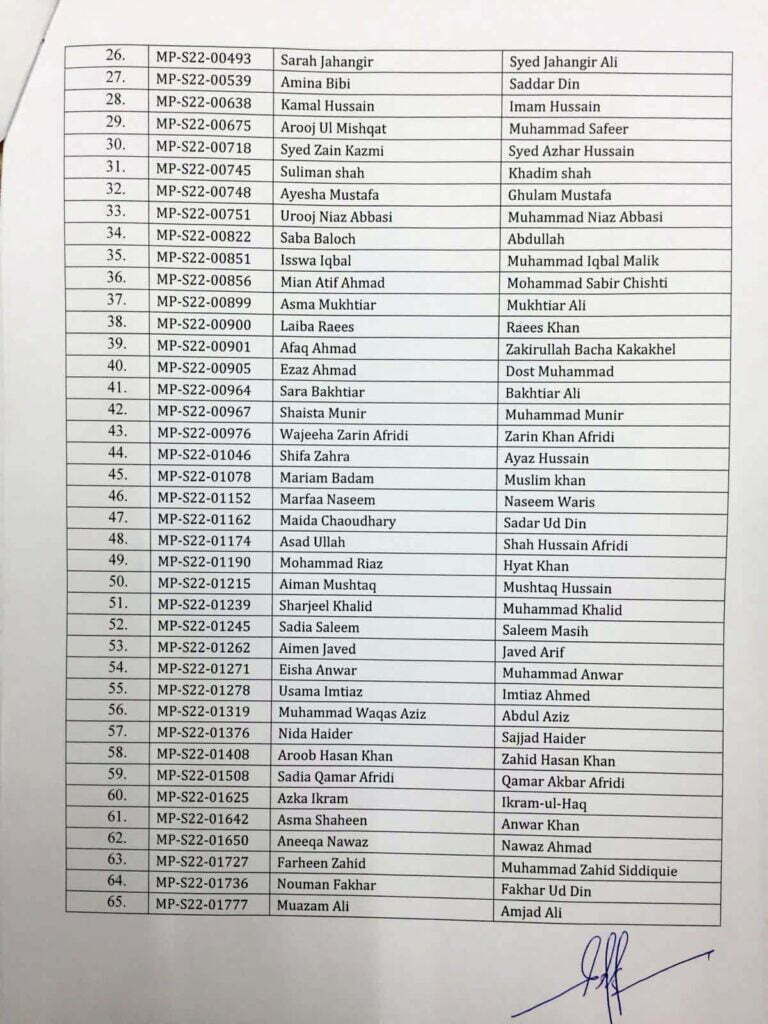 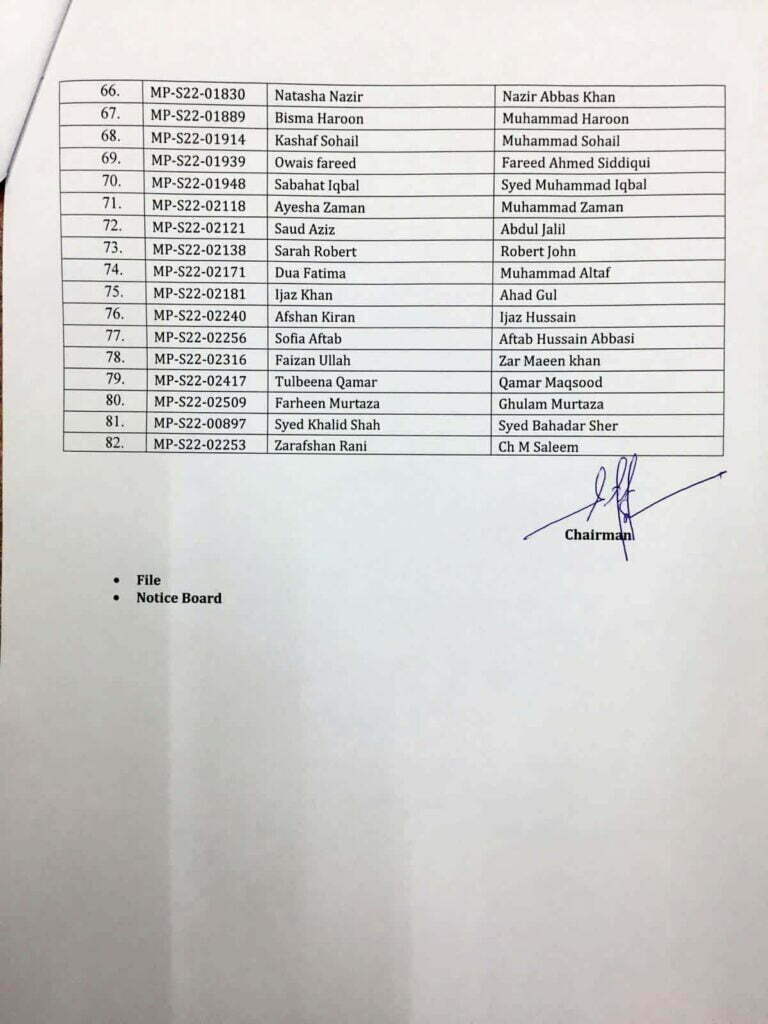 All these 82 students had passed the test and were promoted for the interview. The interview was commenced at 2:00 p.m and ended at around 5 pm. Candidates are eagerly awaiting the second merit list to qualify for admission as there are limited seats available in each section. Candidates will also be notified by phone call to receiving an update on the final results if they are eligible. Once the results are published, they will be notified to submit their admission and semester fees in order to avoid any inconvenience in the future and be ready to start classes.